Berkadia is pleased to present the opportunity to purchase the Star Hill Development Site in Aston Township (the “Site” or “Star Hill”), a fully approved 180-unit development site​ located between Old Pennell and Pennell Roads in Delaware County, PA. Located in the heart of Delaware County, the Site is less than a 25-minute drive to major employment hubs in Philadelphia, Wilmington, DE and the Main Line. Future residents will also benefit from the Site’s proximity to nearby retail, dining and entertainment destinations, including downtown Media, West Chester and the Concordville Town Center. The Site’s centralized Delaware County location offers excellent connectivity throughout the tri-state area, with proximity to I-95, I-476, Route 1 and Route 322, as well as public transportation via SEPTA’s Media/Elwyn Regional Rail line just a few minutes away. 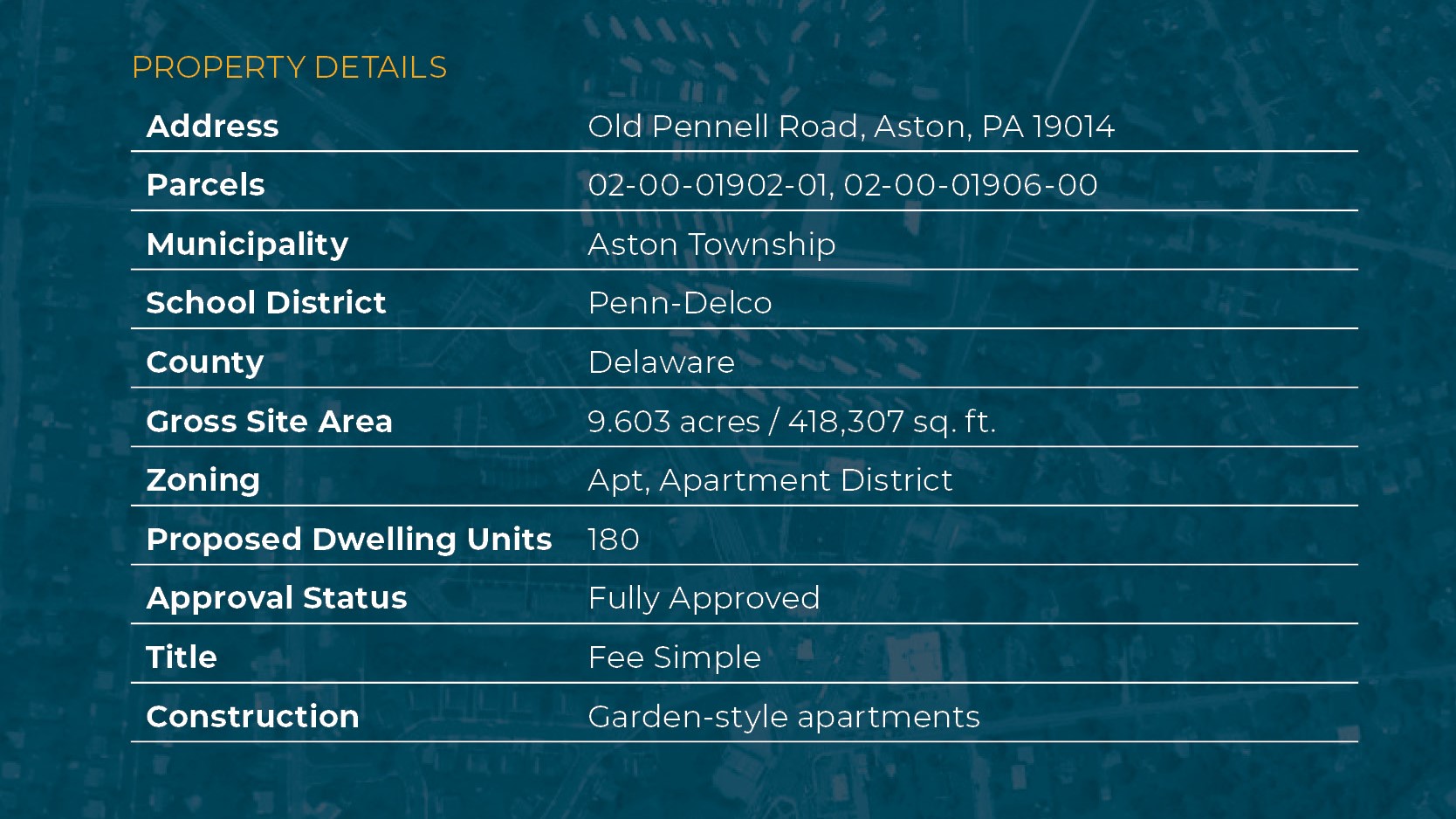 Delaware County (often referred to as Delco), although one of the smallest counties by area, is the fifth-largest by population in the state of Pennsylvania. The county is situated in the heart of the Northeast Megalopolis, just west of the city-county of Philadelphia along the Delaware River, and bordering the state of New Jersey to the southeast. ​ Combined, the two counties make up the Philadelphia Metro Division (MD) - one of four divisions in the metro region.

More than 13,000 companies in a variety of industries are located in Delaware County. Businesses are attracted to the county’s unique position between the major cities of Philadelphia and Wilmington, along the Delaware River, with the convenience of the Philadelphia International Airport, giving immediate access to the Mid-Atlantic market.

The county’s economy is strengthened by over a dozen institutions of higher education, three health care systems with a total of six hospitals, and the Marcus Hook Industrial Complex. Recently, a $200 million contract was signed to employ 1,200 workers over the next two years to transform the Sunoco refinery into a world-class natural gas hub. 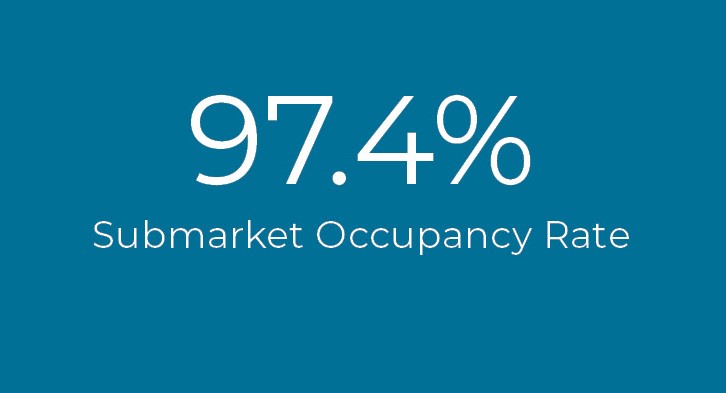 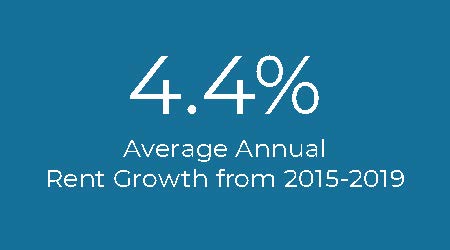 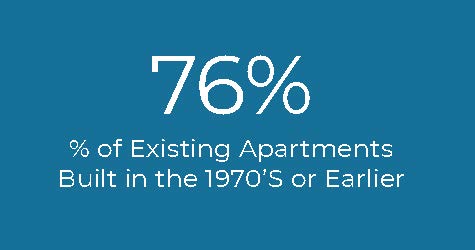 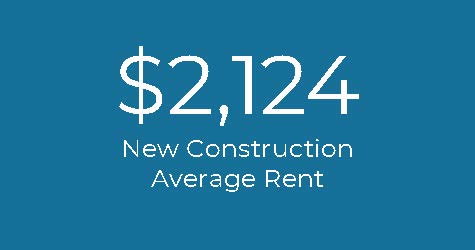 Berkadia®, a joint venture of Berkshire Hathaway and Jefferies Financial Group, is an industry leading commercial real estate company providing comprehensive capital solutions and investment sales advisory and research services for multifamily and commercial properties. Berkadia® is amongst the largest, highest rated and most respected primary, master and special servicers in the industry. This advertisement is not intended to solicit commercial mortgage loan brokerage business in Nevada. ​ ​